"Take part in one of the biggest tank assaults of World War 1. The French 10th Army moves to take back Soissons using their powerful Saint Chamond tanks. Planes, tanks, and infantry clash in the beautiful French countryside in the early hours of a hot summer day. Only the thunderstorm is louder than the war."

— Battlefield.com Description Soissons is a map set to be featured in the Battlefield 1: They Shall Not Pass expansion. It takes place in the Allied counter-offensive of the Second Battle of the Marne during the Battle of Soissons in 1918. 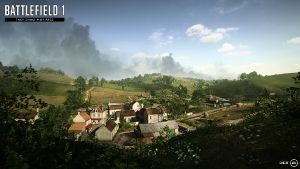