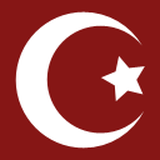 The Ottoman Empire is a faction in Battlefield 1.

The Ottoman Empire, also known as the Turkish Empire, was an empire founded in the 13th century in northwest Anatolia. After expanding into the Balkans between 1362 and 1389, the Ottoman Empire became a truly intercontinental imperial force. During the 16th and 17th century, Suleiman the Magnificent drastically increase the empire into Southeast Europe, Western Asia, the Caucasus, North Africa, and the Horn of Africa. During the peace era between 1740 and 1768, the Empire lost military prowess, and when World War 1 began, they were far behind their contemporaries, having lost much of their territory to the Allies. They were ultimately defeated, with much of their territory occupied at the end of World War I.