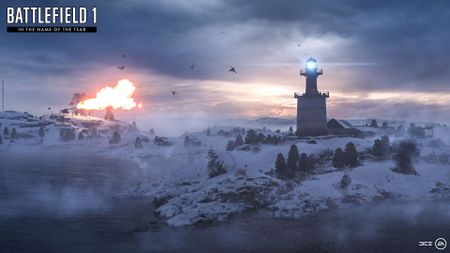 Albion is one of the Maps in Battlefield 1.

Part of 2017's In The Name Of The Tsar, Partake in the skirmishes of the Albion assault in a freezing archipelago. In this massive invasion of the Baltic peninsula, the German Empire attacks with infantry, dreadnoughts, and aircraft against the heavy coastal gun batteries of the Russian forces. [1]